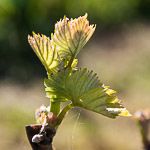 Wine grapes are a climatically sensitive crop grown across a fairly narrow geographic range. Growing season temperatures for high-quality wine production is generally limited to 13–21°C on the average. This currently encompasses the Old World appellation regions of France, Italy, Germany, Spain and the Balkans, and those developing New World regions in California, Chile, Argentina, southern Australia and New Zealand.

Speaking at the International Masters of Wine Symposium last month in Florence in Italy, professor Greg Jones, the wine climate specialist from the University of Southern Oregon, noted that the overall growing season temperature trend was upwards. This is for numerous wine regions across the globe from 1950–2000, by 1.3°C. Greater growing season heat accumulation with warmer and longer seasons has occurred. At the same time frost days (days below 0°C) have decreased from 40 to around 12 per year at Blenheim.

There has been a decline in the number of days of frost that is most significant in the dormant period and spring, earlier last spring frosts, later first frosts in autumn with longer frost-free periods. For example in Tuscany, the Chianti region of Italy, summer temperatures have increased by 2°C from 1955-2004. The warming is extending the world’s wine map into new areas such as British Columbia in Canada, Exmoor in England and into the southern Baltic.