Sandy was an astonishing storm1. Bloomberg Businessweek has taken the opportunity to state the obvious and create one of the great magazine covers to sell the story2. It’s worth reading the magazine’s coverage3 because the usual suspects are out there trying to deny the undeniable. Sandy was a storm made worse by the fact of climate change. We all have to live with that.

While the US mops up, and reinsurers check their cash reserves, we can be sure of one thing. The worst is yet to come — and that’s not being alarmist, just pointing out the consequences of unavoidable future warming. That’s truly alarming.

I watched TVNZ’s Q+A on Sunday with dismay.  Phil Heatley, the Minister of Energy and Resources, was interviewed about the New Zealand government’s intention to increase oil, gas and coal exploration and mining. The emphasis of the interview was on the environmental issues, yet not a word was said about greenhouse gases or climate change. The environmental questions discussed were not unimportant, but they were easy for the Minister to swat away with talk of how Taranaki’s environment has not been seriously impacted by drilling, of how fracking is confined to suitable deep rock formations, of how careful the Government is to balance the interests of the environment against the economic gains to be had from the exploitation of our mineral resources, and so on.

What would the Minister have said if he was asked how the Government can justify pushing for increased fossil fuel exploitation in the light of the global warming to which the burning of these fuels will contribute?  I have a fair idea what he would have said, but he wasn’t asked. The fact that he wasn’t bothers me as much as his likely answer if he had been. Because it seems to indicate that the overwhelming question is either not perceived or deliberately avoided by journalists running a major current affairs programme.

END_OF_DOCUMENT_TOKEN_TO_BE_REPLACED

Forget the Gore Effect1, Chicago — and much of the eastern half of the continental USA — is now experiencing the Bast Effect — a record March heatwave in the Heartland of climate denial. The figures for this heatwave are truly extraordinary. Here’s Jeff Masters:

Chicago and Rockford have both broken high temperature records 3 days in a row and will likely break record highs for 5 days in a row. There is even the potential they could tie or break record highs for 6 or 7 days in a row depending on how warm temperatures get on Monday and Tuesday. It is extraordinarily rare for climate locations with 100+ year long periods of records to break records day after day after day. At the current pace… it is likely that Chicago and Rockford will not only break… but shatter their current record warmest Marches.

Joe Romm at Climate Progress has a very useful overview of the event, drawing heavily on the views of Masters and the Weather Channel’s Stu Ostro.

Even the most committed US denier can’t fail to notice midsummer weather happening in March, coming on top of a very mild winter. This is exactly the sort of extreme weather event that can drive public opinion in the direction of the need for action. It’s large, widespread and not too damaging (so far), yet undeniable. One can only hope that US politicians notice. And it might be a good idea to invite Bast to give a few talks outside Illinois… 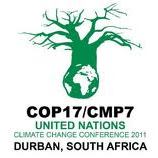 No sooner had I finished reviewing Fools Rule, which recounts the determination of many nations to carry on with the further discovery and exploitation of fossil fuels in blunt defiance of the warnings of science, than I read Fred Pearce’s article in Yale Environment 360 detailing how the world is in fact burning more and more coal. He pointed to the irony of the forthcoming UN negotiations in Durban, South Africa, where the talk of how to kick the coal habit will take place in a country with high CO2 emissions and a thriving export industry in power-station coal. Not that he was singling out South Africa – the trend is shared over many countries. As if in confirmation our Prime Minister on the same day, during the leaders’ debate, affirmed yet again his government’s commitment to expand mining and drilling operations – in an environmentally responsible way, of course. He offered Australia as an example of the prosperity to be obtained thereby.

END_OF_DOCUMENT_TOKEN_TO_BE_REPLACED

Bad Behavior has blocked 640 access attempts in the last 7 days.