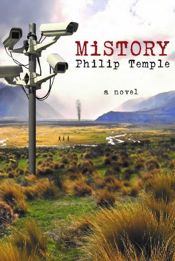 Actually it’s not so casual, as he discovers when he leaves Dunedin for central Otago and joins up with the resistance movement. I won’t detail any of the story here but it is a well-crafted and gripping narrative portraying the Movement’s struggle against the oppressive government, reaching a pitch of sorts in Christchurch which has become the centre of government. It is a struggle in which the central character, not by nature a political activist, finds himself content:

“I realised how much freer I was now, free of all that surveil and control back home, life as a pin number. Things had turned simpler and cleaner…”

Temple has dedicated his book to Generation Zero, the New Zealand youth-led organisation which urges action on climate change. His novel doesn’t labour climate change, but the consequences are everywhere apparent. The sea has inundated parts of Dunedin and Christchurch and the maintenance of infrastructure is clearly a central challenge for a by now threadbare society.

The question that the book poses for readers is whether something like this will be the response of political leaders to the pressures that will come upon society as unrestrained climate change and other consequences of environmental heedlessness develop. Will we avoid the obvious solutions and instead fall into resource conflicts around the globe? Can democracies survive the strains that such conflicts will bring? Will the nasty forces of totalitarianism see and grab their opportunity? Can civilised society hold up against the pressures of environmental and economic breakdown?

There are slim hopes reflected in the book. It is not a chronicle of final devastation and collapse. Such hopes as there are rest in the determination of decent people and their readiness to battle for something more than their own private interests.

It’s always good to see writers infusing their work with concerns for human welfare. Temple was quite direct in an interview with the Otago Daily Times that his intention in the novel was to stimulate debate on such topics as climate change, economic instability and other potential threats to New Zealand’s wellbeing.

On the day I was writing this review it gave me pleasure to read that the winner of this year’s Man Booker prize, Richard Flanagan, said on the BBC that he was “ashamed to be an Australian” because of prime minister Tony Abbott’s environmental policies.

Temple was anxious to publish his book before the election. It would be nice to think it helped focus public attention on the longer horizon issues, but apart from the Greens the major parties generally steered clear of addressing such questions and their media inquisitors certainly didn’t trouble them with much of that nature. The short term remains the limit of most political promise and apparently most public expectation.

Many New Zealand readers will enjoy Temple’s story set in their own cities and mountains. Some may read it as fantasy. But the discerning will recognise that it underlines the warnings that are already blindingly obvious in the world of today.

[Buy MiSTORY from the author’s website, Amazon, and good bookstores.]