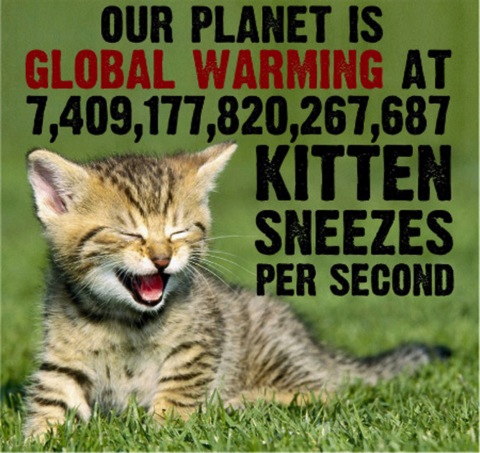 Over the next week, my posting frequency trend line is going to take a sharp dip — mainly because if we choose tomorrow and a week hence as our end points — which, as we all know, is far too short to be blogologically significant — there will be a marked absence of posts. Having got the vineyard ready for netting (which will start happening at 8-30am tomorrow), I will be heading north to Nelson, there to board a boat for six days tootling around the Abel Tasman and D’Urville Island. I will check in from time to time when communication technologies allow, but if anybody thinks I’m going to disturb a few days fishing, swimming, walking and eating (and drinking good wine) by posting on climate matters then they are going to be royally disappointed. If you’d like to know a little more about where we’re heading – try here.

Feel free to treat this as another open thread. (Image nicked from John “viral kitten” Cook at The Conversation)

185 thoughts on “Hot Topic hiatus, or paws for thought?”

Bad Behavior has blocked 907 access attempts in the last 7 days.